Forget Me Not When Far Away 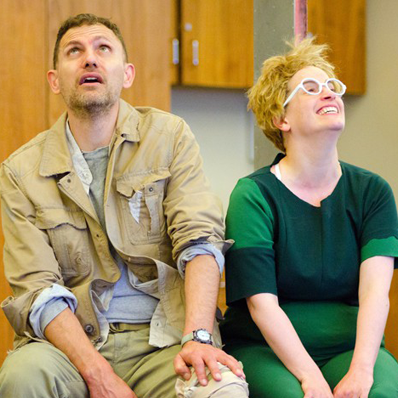 "An insightful, witty new play . . . 'Forget Me Not' brims with Kafka-esque wit, arresting writing and thrilling performances. It is the kind of show that makes theatergoing a pleasure." Star Tribune

"It's so nice to get out of our rooms. And to laugh. It's nice to laugh." —Inmate

“I am so thankful that you came here for us to share this funny little show. I haven’t laughed so hard in a long time and it made me cry a little bit to, in a good way.” —Attendee at Old School Arts Center

“Man, they’re real, and I’m the ghost. I felt like we all had our arms around you.” —Attendee at Veterans' Voices at MN Center for the Humanities

“The performance was marvelous! The script was exceptional, hitting the mark on difficult areas and humorous as well. The actors were superb! I was startled at the end when so few appeared for a bow — I was totally captivated by all the characters and expected to see more faces. I was so engrossed, you had me fooled!” —Maureen