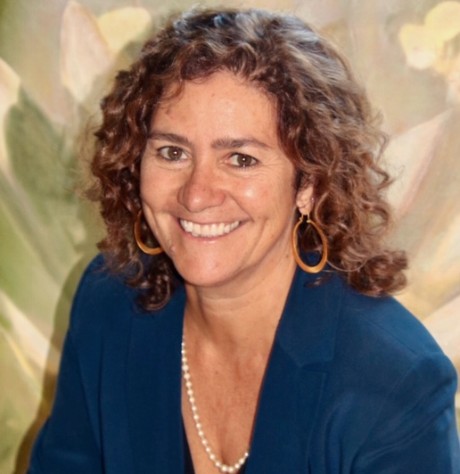 The selection committee for the Fichandler Award was chaired by director Lisa Portes, and included directors Justin Emeka and Joanie Schultz, and director-choreographer Ken Roberson. Portes said, “This is the first time in Fichandler history that the award is going to a director-choreographer. Given that SDCF is the Directors and Choreographers Foundation, honoring Marcela Lorca, who creates work in both disciplines (often at the same time) feels like a perfect fit. Moreover, Marcela's nearly three decade commitment to the Twin Cities as an educator, artist and leader who has consistently opened doors to a broad range of artists and aesthetics makes her exactly the kind of regional changemaker the Zelda Fichandler award is meant to honor.”

Marcela is in her second season as TTT's Artistic Director. She just directed The Winter's Tale for the company, which is drawing widespread critical acclaim. She will also direct Thunder Knocking on the Door in 2020. Last season she staged The Sins of Sor Juana and Into The Woods. Other recent Twin Cities credits include La Pasión Según San Marcos with Minnesota Orchestra, and Disgraced at the Guthrie Theater, McCarter Theatre Center and Milwaukee Repertory Theater. Previously she directed The Count of Montecristo at Oregon Shakespeare Festival, Scorched at Syracuse Stage, Caroline; Or Change at The Guthrie Theater and Syracuse Stage, and Crimes of the Heart, The Burial at Thebes, and The Secret Fall of Constance Wilde at the Guthrie Theater.

Marcela was a founding member of the University of Minnesota/Guthrie Theater BFA Actor Training Program and of The Guthrie Experience for Actors in Training, a national summer intensive for MFA students. As head of movement, she developed original curriculum, taught these programs, and created a novel approach to acting training. Her technique, Lorca Movement, integrates acting, voice, and movement. Previously she worked as movement director, choreographer, and director of company development for the Guthrie Theater, where she choreographed more than 20 productions and coached movement for more than 150 plays. She has worked at many regional theaters in the U.S. as well as the Dominican Republic, Chile, Brazil and Europe.

About the Zelda Fichandler Award

Established in 2009, the Zelda Fichandler Award is SDC Foundation’s first award devoted to regional theatre. With this award, SDC Foundation acknowledges the profound impact directors and choreographers of regional theatre have on the field, transforming the national arts landscape with their unique, creative work and deep investment in local communities. The Fichandler Award is given regionally on a rotating basis. In 2019, it will be awarded to artists who have made, and who will continue to make, a significant contribution to their community through extraordinary work in theatre in the Central region of the United States, defined by SDCF as Alabama, Arkansas, Illinois, Indiana, Iowa, Kansas, Kentucky, Louisiana, Michigan, Minnesota, Mississippi, Missouri, Nebraska, North Dakota, Ohio, Oklahoma, South Dakota, Tennessee, Texas, and Wisconsin. The Fichandler Award recipient will receive an unrestricted award of $5,000 from SDC Foundation.

Founded in 1965, Stage Directors and Choreographers Foundation (SDCF) is the independent, not-for-profit foundation affiliated with Stage Directors and Choreographers Society. SDCF exists to foster, promote, and develop the creativity and craft of stage directors and choreographers at every level of career through its dynamic programming. SDCF creates access to the field, connects artists, and honors the theatrical legacy of artists in our field. The centrality of directors’ and choreographers’ roles in theatre and the impact they have on other artists' careers—from playwrights to designers to actors—makes SDCF’s services essential to the theatre industry's health and continued vitality. www.sdcfoundation.org