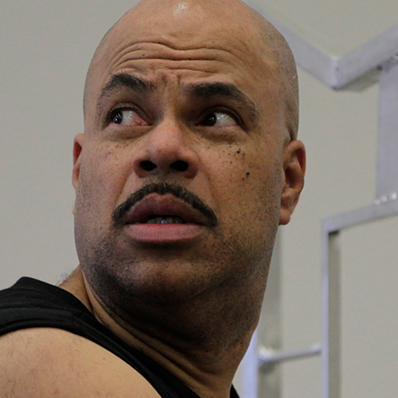 T. Mychael has made an indelible mark in the Twin Cities as a theater professional. He has held position of adjunct professor in the Theater Arts and Dance Department at the University of Minnesota for more than 10 years. On local stages, he has performed principle roles at the Guthrie, Penumbra, Mixed Blood, Illusion, Park Square, Children's Theater, Theatre Latte Da, The Ordway and others. At Ten Thousand Things, T. Mychael performed in Man of La Mancha. "TTT has reinforced my belief that theater is a verb, a place of doing...of action. TTT creates a sanctuary where the sacred can be found in the ordinary, in the silence, in the fullness of sound and in the convergence of that which is seen and unseen. Whether in the audience or on stage TTT offers me a space to be alive; to experience on stage the kind of satisfaction I derive from my dreams!"