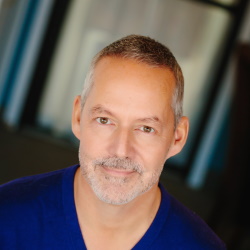 Peter has contributed to more than 40 TTT productions, putting his eclectic musical styles and experiences to work as music director and composer. "I'm incredibly lucky to get the chance to collaborate with gifted actors and smart, hungry audiences to tell great stories." In addition to music directing, he composes/performs live scores for many of TTT’s plays. His work includes original songs for Raskol and Vasa Lisa by TTT’s Mellon Foundation playwright-in-residence Kira Obolensky.

His live sound design was used for the Public Theater Mobile Unit's production of Measure for Measure, directed by Lear DeBessonet. His settings of songs for Twelfth Night have been used by the California Shakespeare Theater and Carleton College.

He recently wrote a full-length musical, Who Am I This Time?, based on a short story by Kurt Vonnegut that received acclaim in its June 2018 premiere.

Vitale received his bachelor’s degree from Duke University and master’s degree in vocal performance from the University of North Carolina-Greensboro.